I like the look of it far more than I should.

After spending the last few months just generally fleshing out my skills so that I can handle the full game production pipeline solo, I think I have a thought for a small game concept that I want to apply these skills to. To that end, I've started focusing on a concept that will let me do a solo game jam, using all of the skills I've cultivated over the past few months.

The focus for the art is going to be on a style that is reasonably attractive that I can do relatively quickly and consistently with my current skills. I know that if I push for higher visual fidelity, it will probably end up taking longer and looking worse than if I just consistently execute on a more basic style.

I could spend a few more months like I spent the last few months - pushing the limits on my skills and growing and improving, but I think alternating cycles between learning and applying is a generally good idea, so I think it's long past time I actually moved from theory to practice, and actually gotten a sense for how far I've come.

For the characters, I'm going for a low poly, flat textured stylized look that is pretty popular with current-ish gen indie titles. 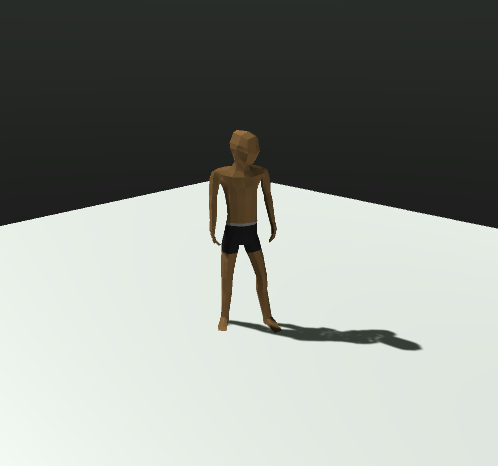 Here's an in game shot at roughly the right camera angle, although a little zoomed in.

Here's a small environment mock up and a closer to in-game camera position.

For the clothing, I am going to use a color atlas where I UV regions of the clothes as skin, traditional uv's and textures, or flag areas as using dynamic color areas which I can procedurally colorize in the shader at runtime. This gives me the most bang for my buck, allowing me to model a single piece of clothing archetype (tshirt, dress shirt, pants, shorts, etc) and then create colors and patterns variation for it in game. You've almost certainly seen this budget approach in games in the past, and I don't think my approach adds anything particularly novel, but here you go, it works. 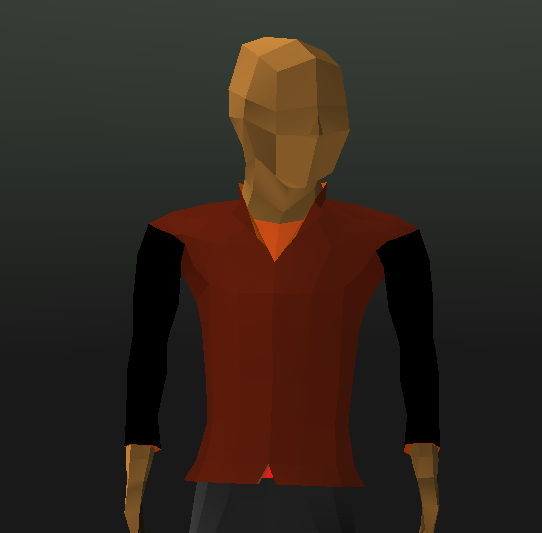 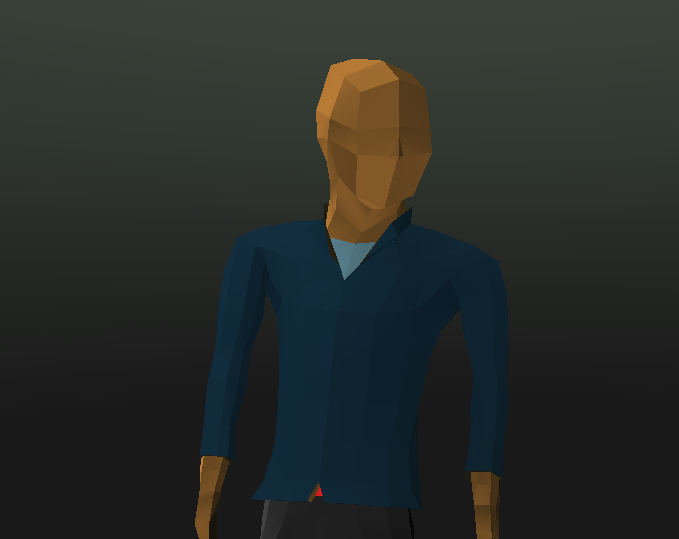 A lot of the work was so that I could modify the colors of the clothing from the shader programatically, giving me more variations on less number of assets. 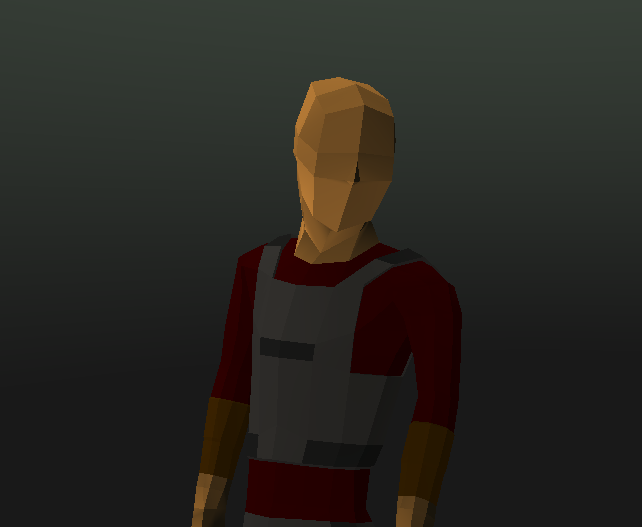 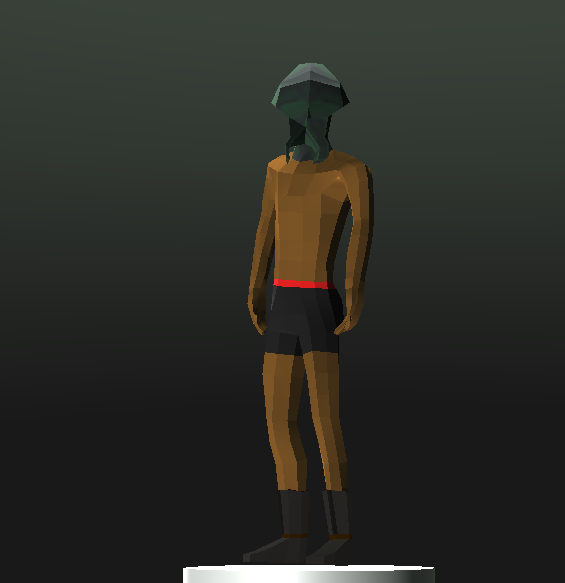 Similarly the skin shader has been separated to give me more flexibility, as well as allow me to have multiple types of clothing that can be worn on whatever the chosen character skin tone is. 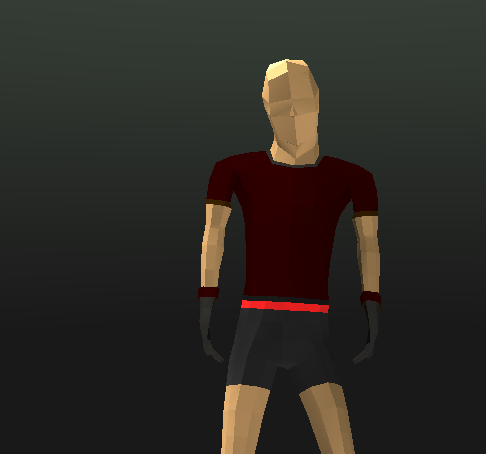 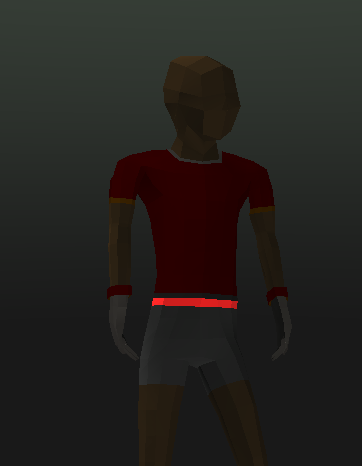 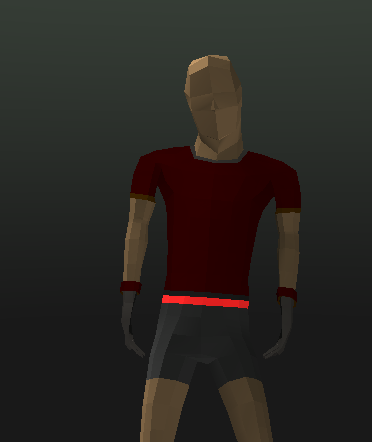 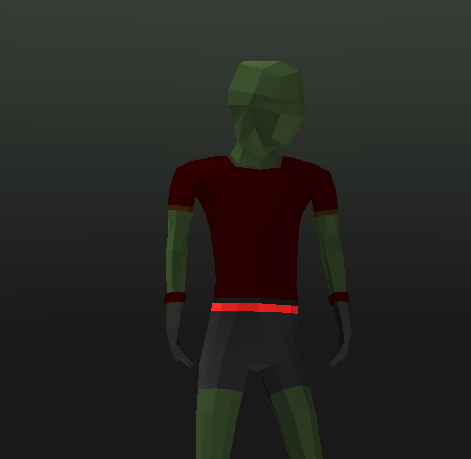 Yes, I know, I need to weight paint those stupid armpits better... When looking at it from the game view, it's not as noticable, but when I went in for these glamor shots it was obvious I need to adjust those weights.

Here's a teaser animated with a Mixamo animation.

I've decided to not do the animating on this project, becauase there's so much I still need to learn about rigging and animating, and I really want to spend a cycle applying some of my new knowledge.

After this jam I want to get back to improving these skills and my workflow, but I might just quit making games altogether if I have to spend another weekend writing Blender plugins. (I already came up with another script that would make my workflow so much easier that I am avoiding working on)...

In all seriousness though, I just want to focus on a project right now.