I attmpted to create some clothes for my base mesh. I had this idea for a near future samurai look, and I spent some time collecting various reference for it before laying down a base mesh.

I want to get more detailed than this, and spend some more time one texturing, but this is the results of half a days worth of work. 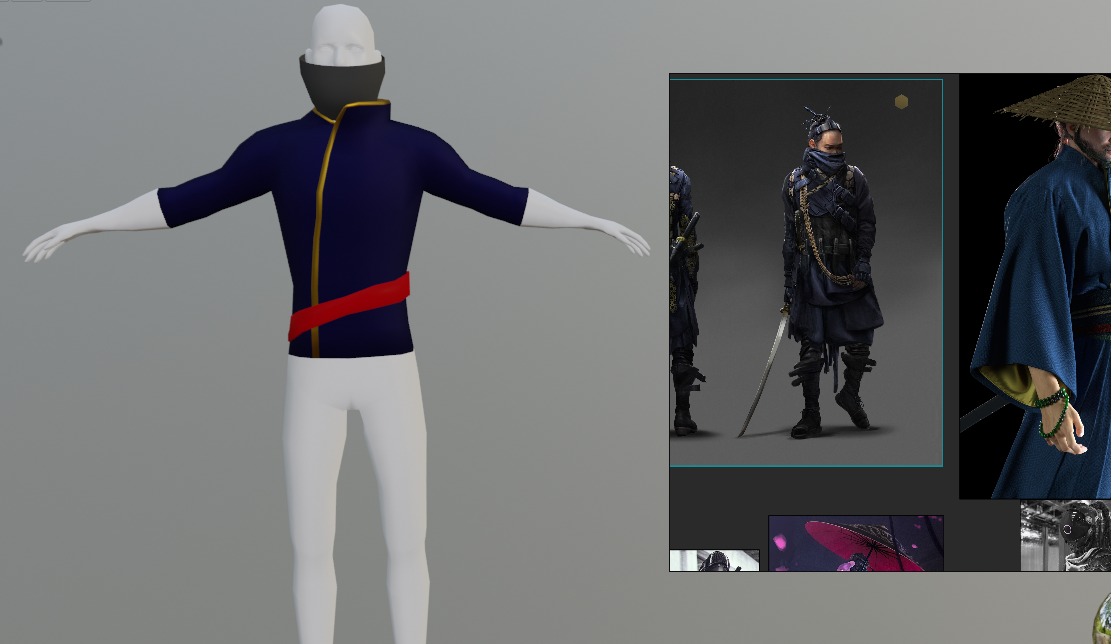 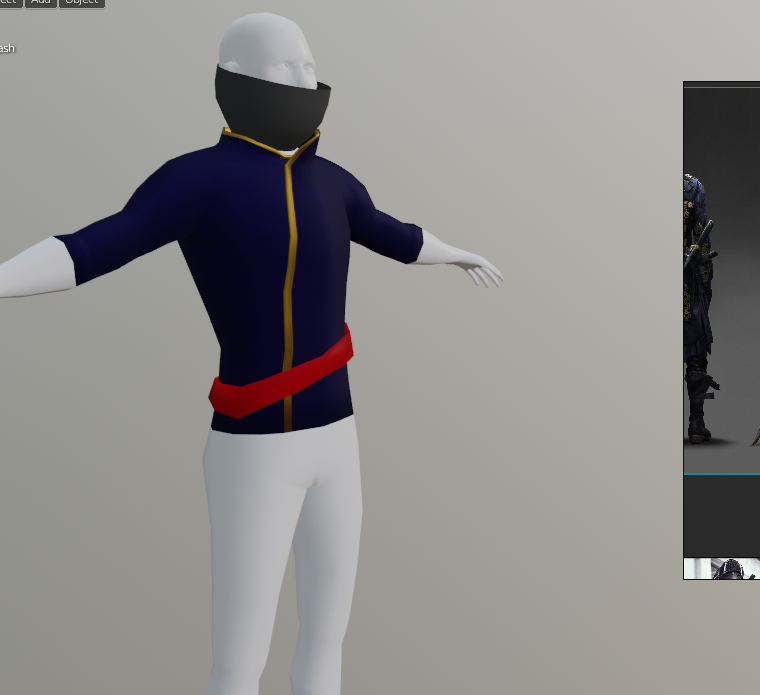 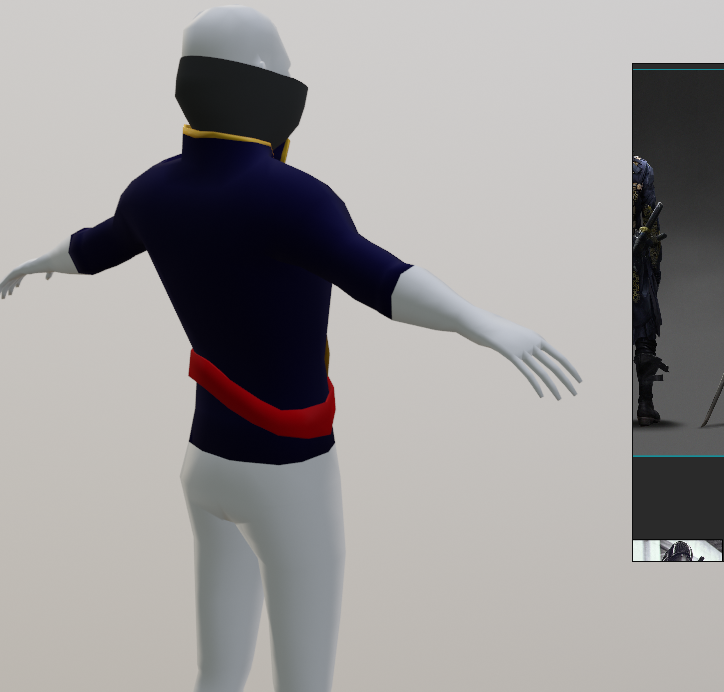 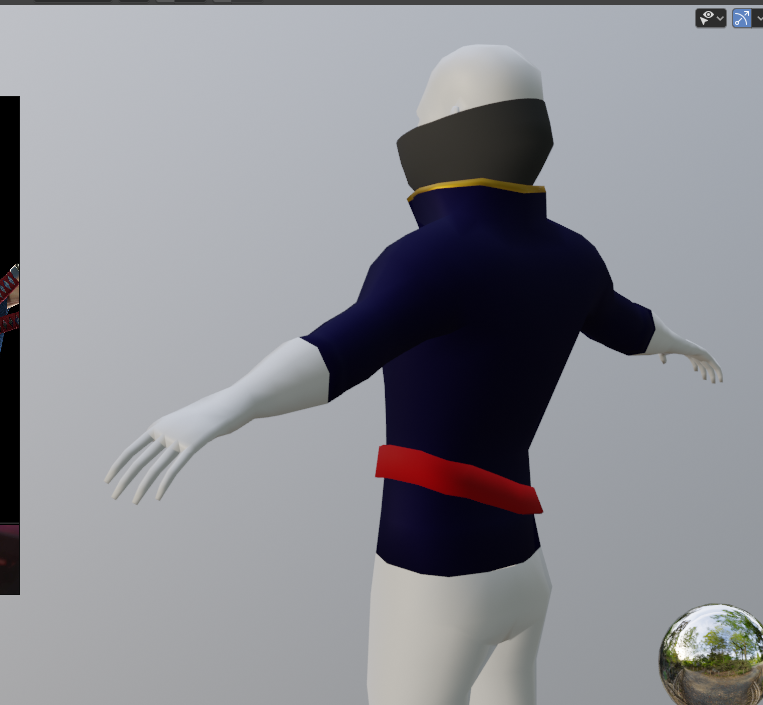 I wanted to try adding a cool scarf to the character as well. I attempted using cloth simulation but it turned out quite poorly, so I instead tried to use sculpting to achieve the desired effect. 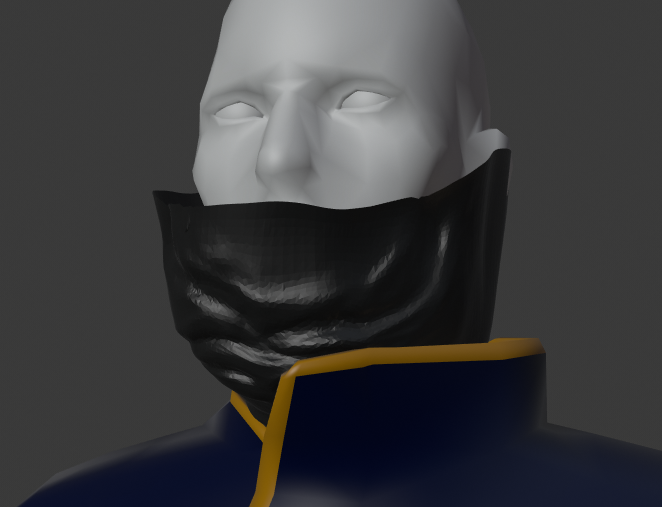 My first pass didn't come out so well, but the second looked a lot better: 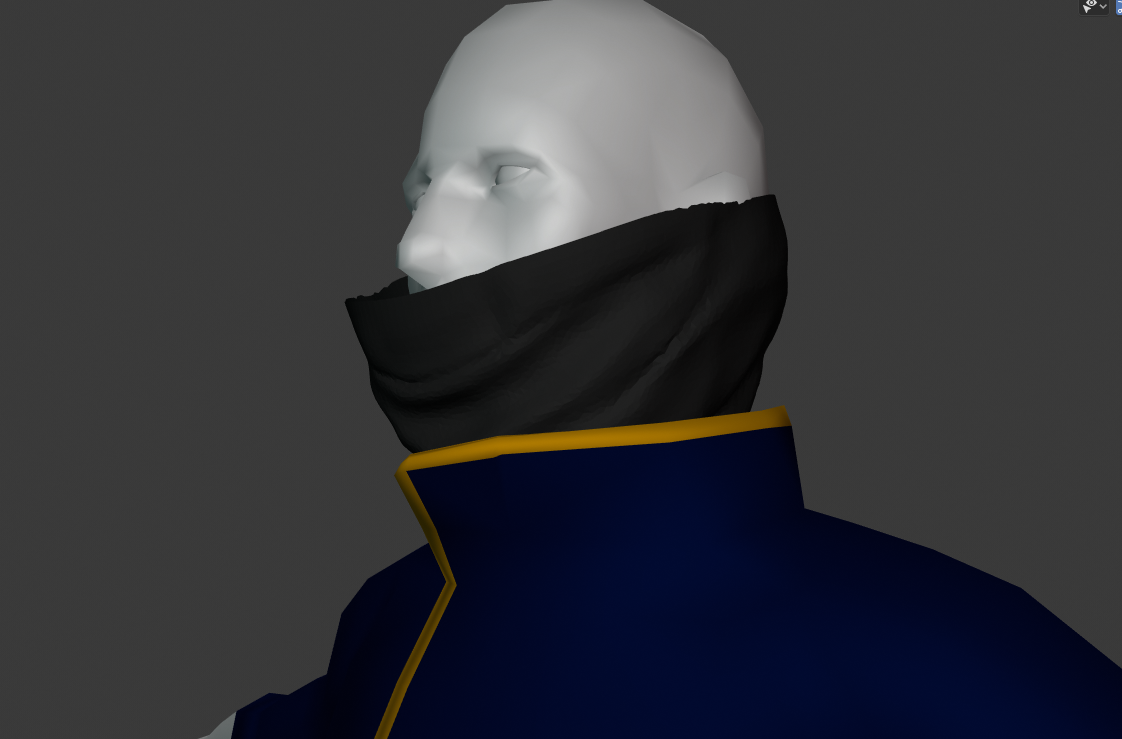 Here is the final render from todays progress: 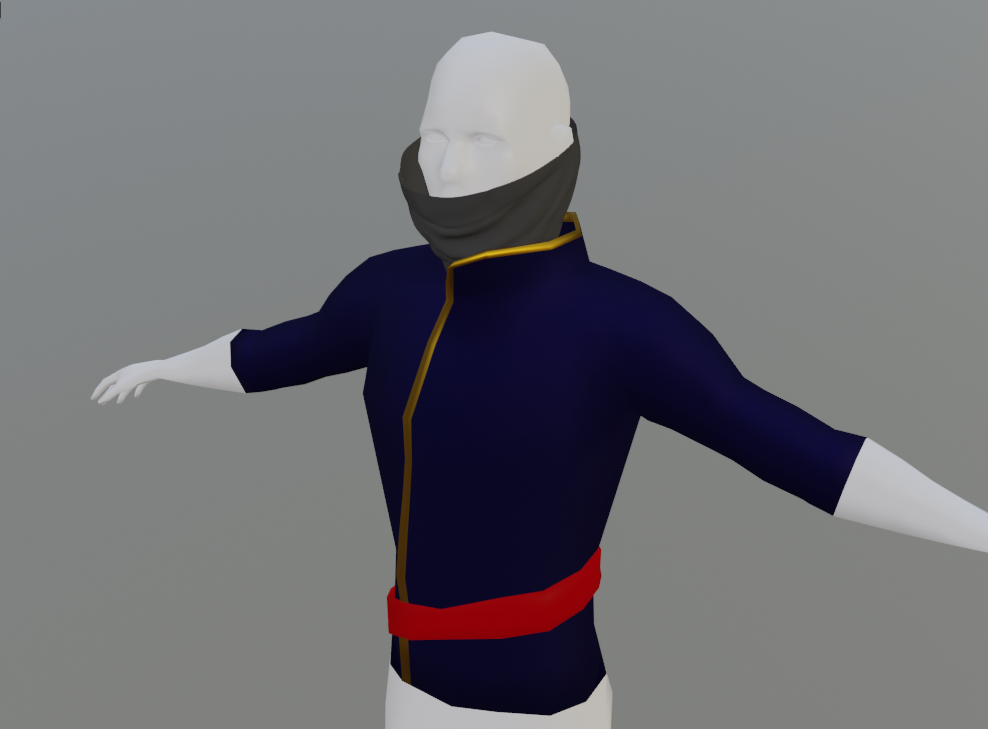 This is going to be a base layer, I'm hoping to spend some time tomorrow layering on some belts, armor pieces, accessories, and some more mesh detail work, as well as do some cleanup (on the scarf especially) and maybe a cool Mass Effect N7 style helmet! After that, I'll need to do some texture work - I'm curious to see how difficult it will be to bake down the current sculpted scarf into something that isn't a gajillion polygons. I'm also going to have to figure out how to texture this without drawing attention to how poor my mesh is to begin with!